At least no white whales were involved.

Tape and reels and even the metal ones are still available but you need to know where to look. 7" reels are hard to make but twinimage in chicago or Roman is his name makes them but they cost like $50 last I looked. NAB adapters are able to be purchased as in TZ-612A but the real item again cost more but they are available from the NAB-shop as he makes them in Bulgaria. I had some red ones once that were so great looking they sold in a month even when I did not want to sell them. He makes colored reels but Blue is a hard color to make with Aluminum and Anodizers are becoming less and less that do good work. Just like Technicians.
http://www.nab-shop.com/
http://www.tapeheads.net/member.php?u=7403

I tried the link to tapeheads/twinimage, but its members only, is there another contact for him? I'm not in a rush, but eventually would like a couple more 7" aluminum reels. Also if anyone has any for sale, in particularly, the original thin spoke Pioneer reel I would be interested. The 707 only came with one reel when my father purchased it new, He opted to buy a pair of AKAI reels as he liked the appearance better, I tend to agree, they are nice looking reels with three openings but it would be cool to have a matching pair of OEM reels also!

The Rotel RA-1412 and PL-2000 are on their way to the repair shop now. I hope the Rotel isn't toast... Poor thing got fried by an Ebay Sansui Tu-3900? tuner that shorted 110vac to its chassis through a bad accessory plug (my bad, I should have checked it over better before putting it in service...). Both should arrive this coming week and hopefully get an idea what the repairs will entail. I'm sure he can fix it, he tuned the 707 right up, changed a bunch of caps and set her all up. He charged very reasonably, but I get the feeling he wouldn't be upset if I never picked it

I got mine as a gift from a member here and on Tapeheads. Chime in and maybe you can guide AngrySailor?

Getting metal reels and this is only for those that want to spend the money as regular Maxell or TDK reels that are plastic work fine- I use them 10-20 times a day. Metal reels are a cosmetic issue- Twinimage has them custom made and if you want them you just need to contact him and buy them.
The owner of the shop (He)- told me that the 7" reels are more difficult to make as the core is aluminum as the 10.5" reels are aluminum, fiberglass or some plastic. It is getting more difficult to get anodized parts such as flanges made as the quality level of parts made today are on the decline and a lot of flanges are lost to people that are just workers not craftsmen as we have had in the past. I have known Roman (twinimage) for many years and have been to his shop a number of times. I can tell you that this guy is a craftsman in what he does- he was the first one with a Black RT707 and I have pictures to prove it. He also has a Red RT909 I saw a few years ago. It is not easy to make these things yet some people think he should sell them cheap. Roman is a fair and considerate person once you get to know him and I will not say bad things about his work. If you want his phone number I can supply it but if you look on the internet for Electronic Engineers located at 5530 West Belmont that is his shop. You can call there too.

You got it, just a cosmetic detail. Sometime when I have an extra few bucks I’ll contact him, as you can see by this thread, things aren’t moving real fast. It took a while to get the deck sent for repair but now that it’s fixed my priority will be to get it and my other vintage gear set up in the house. This won’t be a small job in itself. Plans to build a nice wood display stand for the gear, been thinking about what to do with the speaker cabinets from the shop that are coming in. Either repaint them up or maybe apply wood veneer... Not sure yet.

March will be “stereo month” when all this will start to happen. For now I’m stuck out on the Great Lakes, one of the last ships still operating...

Thanks, but again it says members only. I’ll get in touch with him over the next couple months to see about placing an order though.

Had the Rotel RA 1412 and the PL2000 dropped off at the repair shop today, same guy who fixed the 707. They arrived safe today in bomb proof packaging. Hoping the Rotel isn’t hurt too bad but this guy knows his shit so fingers crossed. Hoping to have everything back home down east by my vacation in March!

Ordered a few reels of LPR90 from crapazon, they arrived today. 45 maple syrups each. We’ll see how they sound.

I use LPR 35. Quite satisfied with the quality. 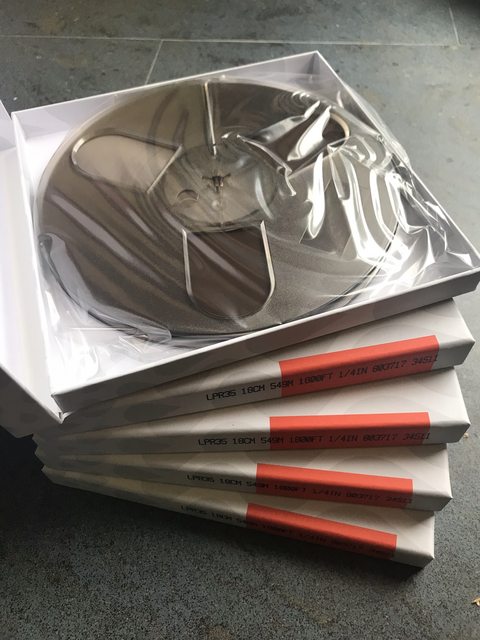 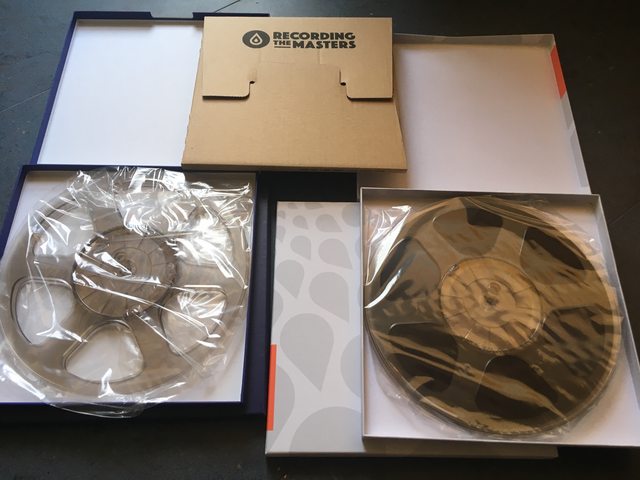