And, I am not using it for many years now... but, hey, I actually have an old mechanical typewriter somewhere in the attic... it must be a quite old olivetti model.

that said, that black stuff which covered the pins and the contacts of the switches didn't just go away which scrubbing a cottonswab soaked with alcohol... but with the rubber eraser it goes away just quickly.

and there is still a lot to do on that deck, like at least all electrolytic capacitors replaced.
Last edited: Sep 3, 2021

I meant these suckers.

ah yes, the 2 button switches used to select the input (line, mic, radio) on this Telefunken.
cleaned them fully, but my picture was taken before cleaning.

You have done a really nice job Vince. I'm not sure if I would dare to go in to it, but I understand your optimism, that's a meaning with hobby. That's why we all are here

How about some mods on that deck

of course, the work i just done was strongly needed and it's still not sufficient.

a full recap will be the next step, but i still need to order the needed parts.

about mods... it's a bit too early to know... the deck still doesn't sound right at all (weak and distorted sound, due to the old capacitors)... then i'll need to evaluate it after i'll will work properly again.

actually, i spotted two 4066 chips on the NR boards which might need replaced with ANT's ones but, luckily, if i leave the NR off the sound just doesn't go through them so, with NR off, they are totally bypassed (and i am not using NR in general anymore).

another possible mod might be related to the head... it's a sendust head and i usually dislike their sound so, i might try a permalloy head and see if it sounds better... but, again, before doing that i need that the deck works properly so the full recap is just the first thing to do now.

Question is if those 4066 are in the signal path, and even if they are, may be MAX4066 can do a job. Full recap is never wrong if a deck is older than 30-40 years, and new Nichi caps looks always nice If I remember right, it was UPW and UES.
Mods always after a deck is working as it should, but you already know that part.
Last edited: Oct 24, 2021

those 4066 are into signal path only if I enable the NR...
the deck has dolby B decoder and High Com encoder/decoder, and I just don't plan to record anything with High Com and, as far as dolby B playback, I have so few dolby B encoded cassettes (stopped using it years ago) that I can easily leave those original 4066 chips in the deck without worrying.

in the end, this deck will be used quite exclusively as a playback only deck and with NR off...
as far as recording tapes, I do definitely prefer to record on 3 heads decks.

Some 4066 applications are shunt to ground type rather than in signal path. I've always wondered if the distortions in a series design are lessened when the 4066 shunts a signal to ground.

of course, i am NOT able to tell you anything about that... buy i can only try to learn from you.

vince666 said:
the sound is a bit weak and quite distorted/unclean, both in source mode and in play mode, then at least all the electrolytic capacitors need to GO!
Click to expand...
a happy update...

i still didn't order/replace the electrolytic caps for this telefunken deck, but i tried to power on the deck again just out of curiousity, after it was powered off for a couple months.

last time i had used it, just after the mechanical restoration and contact cleaning work, the sound was distorted, unstable, dirty, etc...

now, without doing anything to it in the meanwhile, it seems it sounds normally.
How could the deck sort of fix by itself while simply staying powered off and untouched for a while?

anyways... i have a sort of wild guess about it, if it can make any sense... also because the same just happened to me with two other decks, even if after a full recap.

the interesting thread about electrolytic capacitors where you guys talk about storage life and forming provided me the hints for my wild guess....
So, i believe that trying to use the deck a few months ago while working on it might have somewhat reformed the capacitors a bit.
before my work, the deck was sitting unused for many years, if not a few decades.
then i had powered it on while working/troubleshooting/checking and it sounded like complete crap.
but maybe the current flowing in the deck had a positive effect on those old capacitors anyway.
And now, by simply powering it on, it sort of sounds normally, with just some minor popping noises here and there, which is just a vast improvement and which happened alone with the deck powered off for a while.

i experienced a similar situation on a couple other decks after a full recapping.... the deck sounded badly (weak, distorted, noises all around) at first, with the new caps, but then i left it powered off for a while (even because i had lost the hope on it) and while powering on again later, it magically sounded nicely.

does all of the above makes sense for you experts?

any ideas to explain this kind of behaviour?
Last edited: Dec 2, 2021 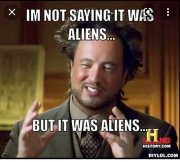 as some of you might just know, about 1 month and half ago, i received a non working Telefunken TC 750 from my italian buddy as a free gift and had started a thread about that elsewhere. Now I am going to restart a thread here were I can finally go on with the latest updates.

Here it is this monster as arrived, it's the TOTL Telefunken model from 1979 despite it has only 2 heads.

The chassis is bigger than average, yet it's just stuffed inside!

The mechanism is a single capstan direct drive motor (that sealed beast) and a quite generous gear driven reel motor.

First evident problem, two reel gears made of that orange gummy plastic are cracked!
These need to be ordered just immediately.


After removing a few parts, I could finally pull the big and heavy mech block out of the chassis!

Yes, Shaun... didn't find the weight mentioned on the Service Manual but it's a heavy beast... not less than 10Kg (most likely more).

Definitely the most heavily built deck I've seen so far... the capstan motor alone says it all.

And, hey, the actual frame of the chassis is made of some kind of plastic with just the chassis cover and front panel made of metal, while the bottom cover is a sort of hard/thick cardboard covered with aluminium foil on the inside.... otherwise it would have weighted even more, so all those Kilograms are mostly made of what's inside the deck, with the mech block alone which is just HEAVY.