Anybody got a spare 5 bucks? We can split it.

needed to use google to know WTF he is. LOL

anyways, isn't he a bit too young to sell his catalog?
maybe, in a few decades, it might finally worth 20 bucks.

vince666 said:
needed to use google to know WTF he is. LOL

anyways, isn't he a bit too young to sell his catalog?
maybe, in a few decades, it might finally worth 20 bucks.
Click to expand...
Hell yeah, and then we'll laugh our asses off at the 3 people that actually bought an album. We haven't had anybody cop to listening to his shit on the "What are you Listening to" thread. You think anybody here listens to him/her???

Tagline
Happy New Year Phoenix-Lurkers and all others

You confused and excited me at the same time Sniff - thought you were buying Justin's beaver.

of course, i never listenrd to him and don't even wish to.

the most recent music I listen to is from mid-late 80s.

vince666 said:
of course, i never listenrd to him and don't even wish to.

the most recent music I listen to is from mid-late 80s.
Click to expand...
John Denver and Cher???

WOPL Sniffer said:
John Denver and Cher???
Click to expand...
No, never listened to them.

vince666 said:
No, never listened to them.
Click to expand...
That's what they all say Vince. He sold a million plus albums but NOBODY admits to buying any...... HUH?

I don't associate with that million people.

you'll never know when you meet a "Beaver Closet Believer". I think when the weather gets nice, I'm buying one of his albums just to throw in the fire....... NEW/Unopened.........

They do fly nicely, so you can go for distance and make a sport of it.

WOPL Sniffer said:
That's what they all say Vince. He sold a million plus albums but NOBODY admits to buying any...... HUH?
Click to expand...
maybe it was their parents, relatives, managers, etc... to buy all those albums?

there is only one case where I can believe that everybody bought their albums and listened to their music but, if you asked, nobody admitted to buy and listen to them... it's an italian band, active during the 70's and 80's, named SQUALLOR. (but there is a precise reason for it!)

Try to explain it a bit, as possible...
The 4 resident members of that band were 4 of the most important italian songwriters/producers/talent-scouts who did regularly wrote/produced most of the greatest italian pop hits for a few decades... they were behind countless italian successful singers!
It would be way too long to make a list of what they produced during the 60s/70s/80s/90s but I can mention just a couple songs which are also well known abroad because they were covered by Laura Branigan in the 80s to finally break into the international market: "Gloria" and "Self Control" , also "Ti Amo" (no need to say that, if I just have to listen to these songs, I would prefer, by far, the original italian versions of such songs by Umberto Tozzi and by Raf).
So, these 4 important italian songwriters/producers during the day they worked in a very serious way with the other singers and, after dinner (and usually very drunk!) they used to return to the studio to record some totally ABSURD stuff!
I mean, they used to make some music as a base and adding on it some (often improvised) spoken words, full of terrific humour, full of swear words, totally politically uncorrect, like kidding the religion, the politicians, the sex, the gays and just anything you may think about!
Or, they used to also make some parody songs (i.e. something in the style of the typical melodic/new-melodic pop songs from Naples) which were even more full of heavy swear words than their "spoken words" songs.
Nowadays, such kind of stuff would get totally censored and would stay unreleased, btw, also back in the 70's and 80's they had quite some problems with censorship but they simply didn't care! They were so powerful into italian music industry that, even if no radios ever broadcasted their "songs", their albums were widespread in the shops anyway... and LOTS of people (myself included, during my teen years) used to listen to them while laughing with tears but we used to listen to those albums in secret or together with just a couple selected friends!
Everybody knew them but nobody would admit they knew them! (myself included)
They were, most likely, the first ones who made such kind of "music" and, for sure, they were the very best of their kind... EVER!

At now, such 4 incredible guys are all dead and we miss them a lot... nodoby else made me laugh like they did!

So, if you asked here in Italy, nobody bought their albums but they were regularly in the TOP 10 chart! Then, nobody admitted they bought their albums... as for myself, I would have felt embarrassed in going to the shop asking for any of those albums then I used to have them on home recorded cassettes, which I used to keep well hidden.

Also, their cover artworks were terrific! Usually joking around double meanings on the album title but with the cover artwork which made it just clear on the bad meaning!
If you wish to check some of their cover artworks, just give a look at their discography:
https://www.discogs.com/it/artist/368478-Squallor

Unfortunately, if you don't understand italian language AND the dialect from Naples, you just cannot enjoy them at all... and, of course, any attempt in translating them would miserably fail, because it's impossible to properly render their corrosive sarcasm and all those swear words into another language. (i believe italian language is the one with the most wide selection of heavy swear words worldwide)

Then, the SQUALLOR sold millions of albums but "nobody bought them"!

album title: "Pompa" (Pump) but it's also a slang meaning a bl*w job: 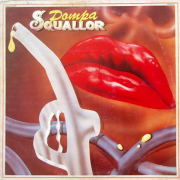 album title: "Cappelle" (no need to explain, after watching the cover artwork!): 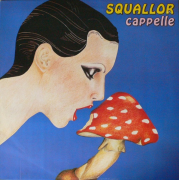 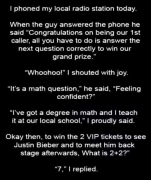 Lazarus Short said:
View attachment 73632
Click to expand...
Too Funny. I saw that he actually sold 150 MILLION albums worldwide. Ya think Kim Jong Il bought them all for Christmas presents??? It's a lot of albums and a couple Grammy's to boot. Hmmmmmm

wow... 150 millions are a whole lot!
there are true singers/musicians who didn't sell nowhere as many during several decades of career!